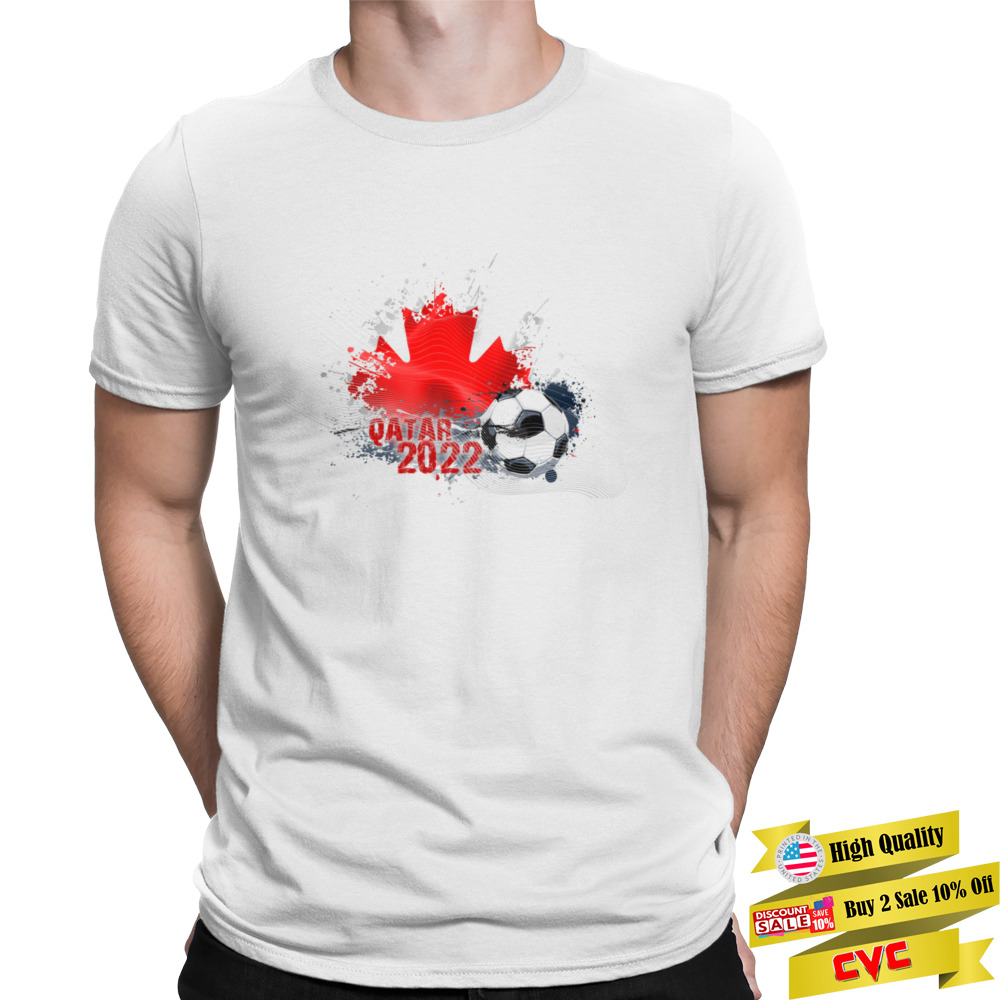 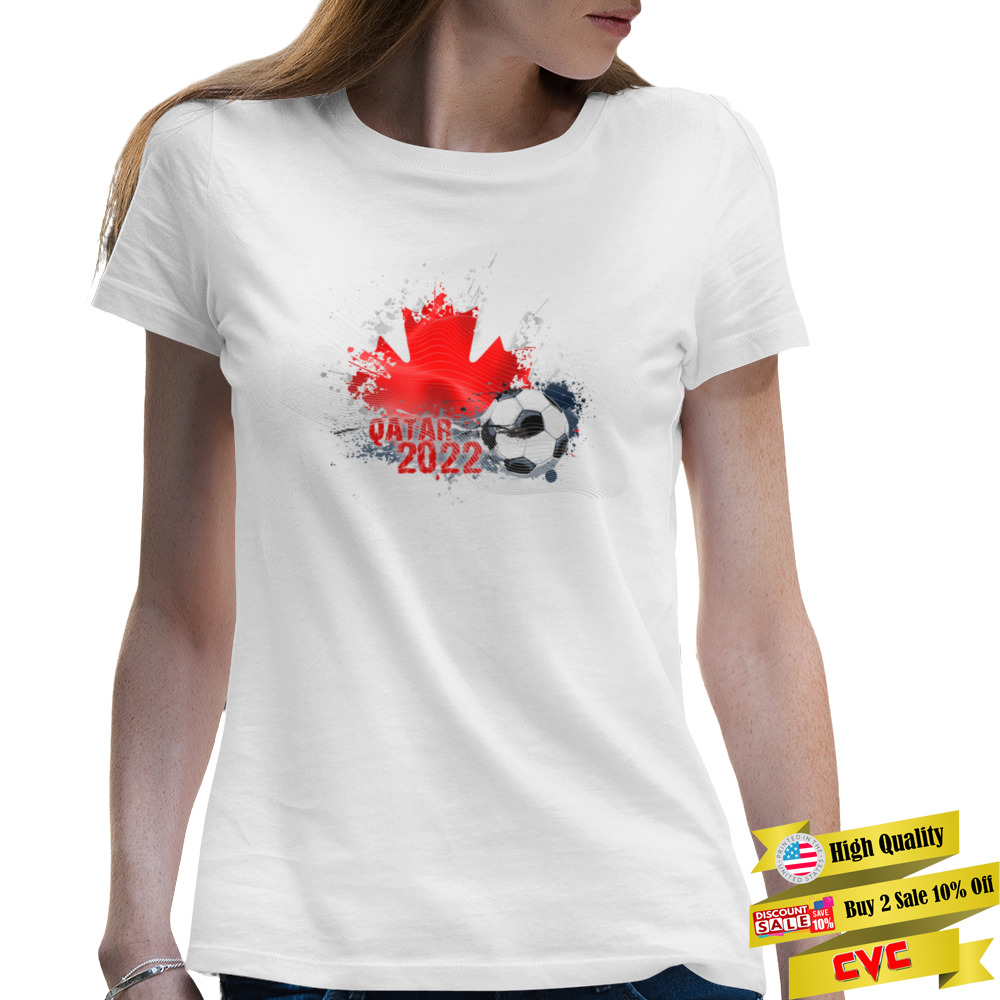 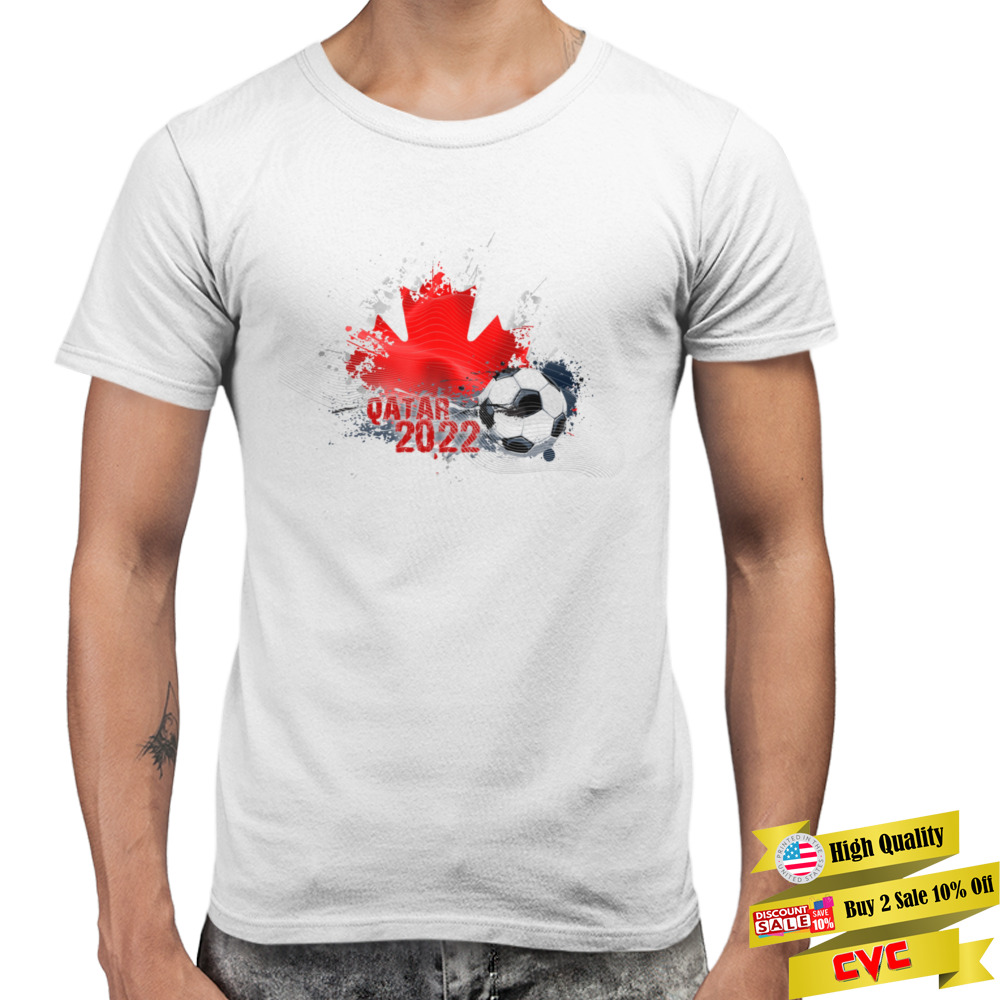 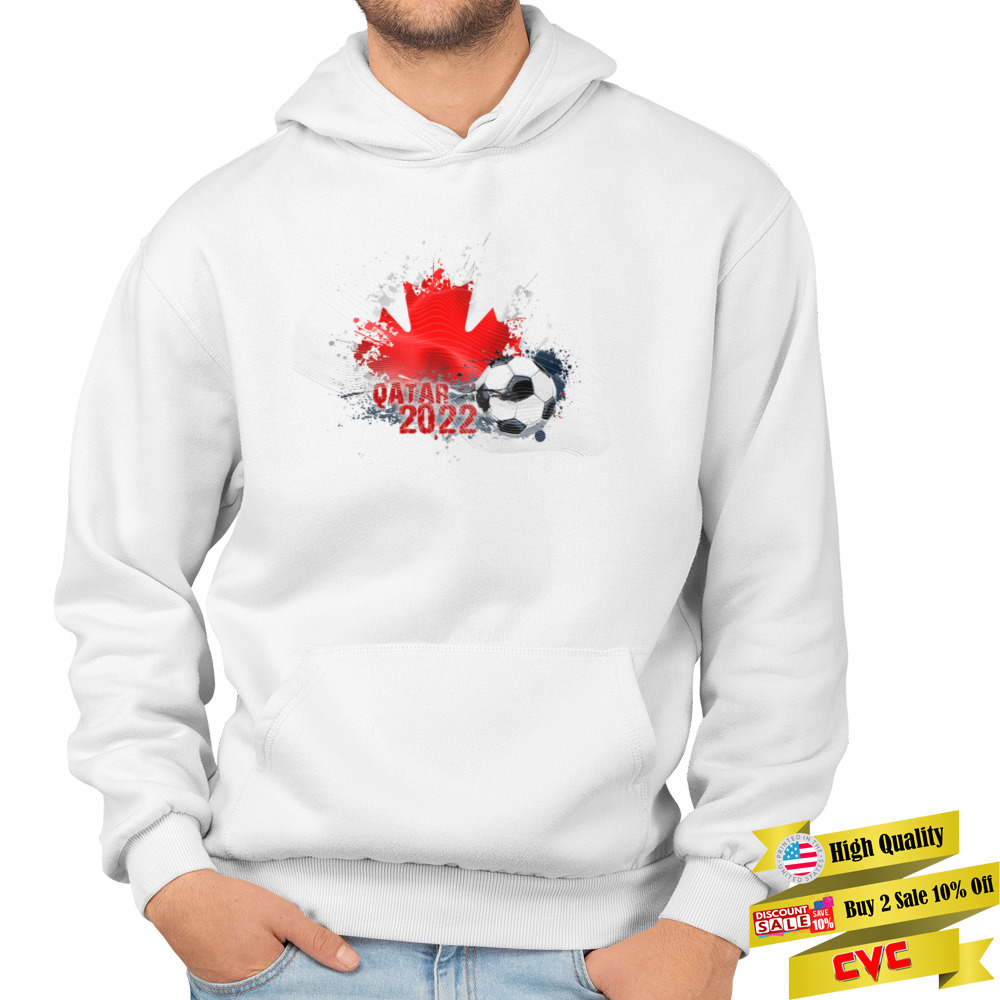 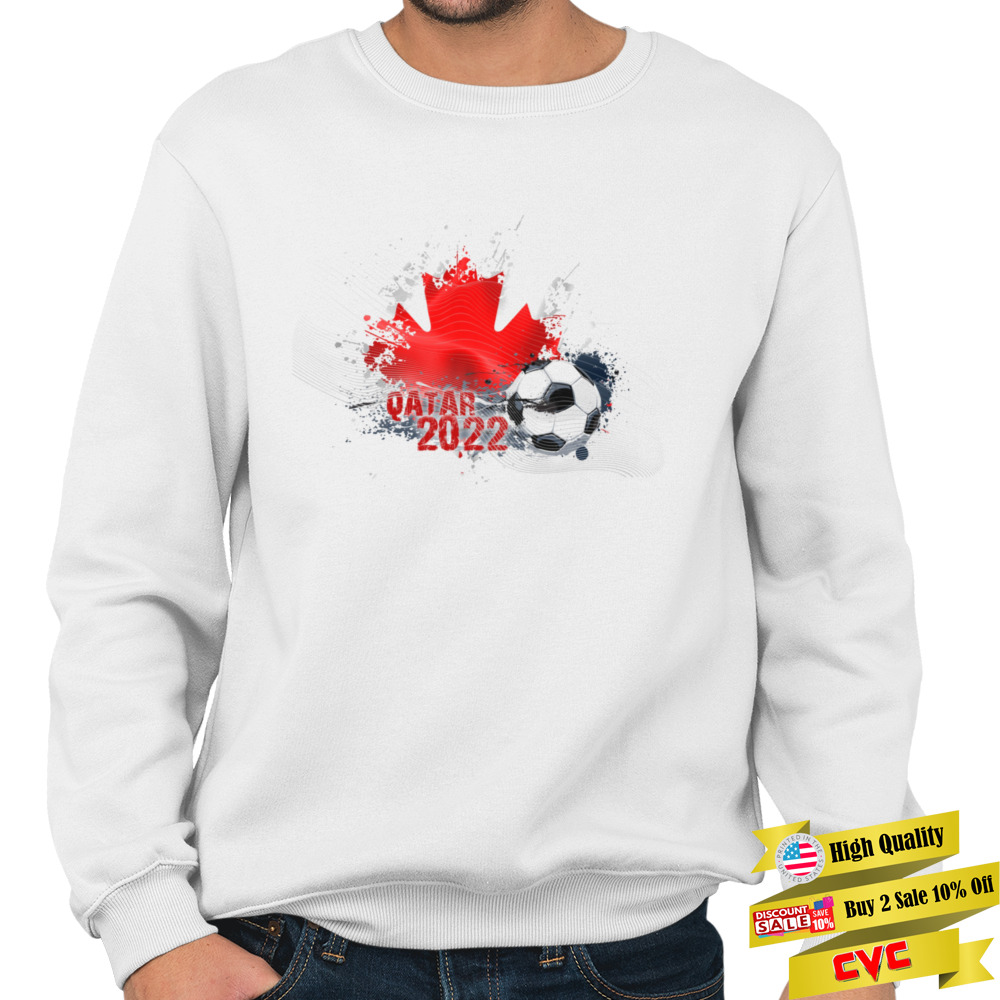 To get the product you like in terms of design WORLD CUP 2022 CANADIAN FLAG shirt, we recommend you to reveiw See Size Chart by clicking to see the right size for you! And to better understand Shipping Policy and our methods, you should refer to the Shipping Policy on our website.!

Op-ed | Artemis Launches Need to Set the World on Fire

Only when the public can see a launch up close in all its revelatory glory — boosters burning almost too bright to see, engines roaring almost too loud to hear, and a bone-deep rumbling almost too powerful to bear — can they get a personal, visceral sense of the raw audacity of space exploration.

The first successful launch of NASA’s Space Launch System, the Artemis 1 mission, marks a key point in the ongoing narrative of human expansion into space. Milestone launches like this typically attract crowds of a hundred thousand people or more, according to Florida’s Space Coast Office of Tourism. In some cases, like SpaceX’s Demo 2 mission, which saw the resumption of launching American astronauts from American soil, brought a crowd of 220,000. The very biggest of launches, like the final flight of the Space Shuttle, can attract a million people or more.

The average milestone launches regularly involve crowds larger than the largest NFL crowds. What makes these ostensibly technical and scientific spectacles more compelling than some of the largest sporting events? How can a scientific exploration agency put on a show that spectators will watch from a dozen miles away and beat the crowd-gathering efforts of the sports and entertainment industry?

Space launch involves igniting both imaginations and engines. Launch attendance suggests that the public has a deep emotional connection to spaceflight that goes far beyond dispassionate cost-benefit analysis. But this is not unusual. The most ambitious human projects are seldom captured with any accuracy or fidelity by the dry, sterile language of econometrics and program justifications alone.

Agencies undertaking projects like sending humans to walk the surface of another celestial body do so on behalf of all humanity and terrestrial life. Some might consider that project dangerous or wasteful, but it should never be considered timid, insignificant, or unambitious. Project planners should consider themselves enormously fortunate to have a shared, public display that can, on some level, convey the enormity of the project they seek to undertake.

Space advocates are trying to persuade people to believe in the future reality of uncertain or unknowable outcomes. They must persuade people to have faith and confidence that the agencies leading these efforts are spending vast treasure and blood in pursuit of worthy goals. Aristotle described three forms of persuasion: ethos (ethical), logos (logic), and pathos (emotion). Strict reliance on analysis alone provides us access to logos.

In matters of pathos, we need to think about what art and myth tell us about ourselves. Strictly analytical arguments seek to remove personal connection and emotional engagement from decision-making. Of course, we don’t have to rely on art and storytelling as tools of engagement, but we must acknowledge what they tell us about ourselves; we care most about the things we can connect to. Art and narrative are about putting people, personal meaning, and emotional connection at the center of the story.

How, then, can people make a personal, emotional connection to something as uncertain and impersonal (but brazen) as the exploration of the universe beyond our Earth? Well, there are only so many ways to do that. Unfortunately, most of the rituals involved in spaceflight, from the astronaut’s traditional launch-day breakfast to watching them don their suits and board their spacecraft, are (and are likely to remain) closed off to the public. The technical and practical realities of spaceflight are like the decorated screens used in Medieval churches that kept the sacristy’s most important and sacred rituals from the sight of the unordained crowds gathered in the cathedral’s nave. All the rituals of spaceflight are closed off from direct public interaction and participation except for this one thing: launch.

It is only when we observe a launch up close in all its revelatory glory—boosters burning almost too bright to see, engines roaring almost too loud to hear, and a bone-deep rumbling almost too powerful to bear—can the public outside of NASA finally get a personal, visceral sense of the raw audacity of space launch. We’re balancing our bravest heroes and most advanced machines atop pillars of flame, blasting them off the face of the Earth and beyond the reach of all familiar things; this is a daring act that cannot ever become truly ordinary. Unfortunately, not all those million Kennedy Center-facing seats are equal.

Over and over, we’ve seen masses flock to watch astronauts begin their journey into the heavens, even when all they can see of that titanic cataract of flame is just a tiny smudge of brightness on the horizon. Why is it that the one vital, visceral ritual of spaceflight open to the uninitiated public is so often reduced to little more than watching a single bead of light rise into the sky from a dozen miles away?

When hundreds of thousands of people show up to a launch to partake and share in the spectacle of sending humans and their robotic proxies on voyages to make the human world bigger than the Earth itself, they’ve come to join in a kind of social contract. These people are placing their trust in the engineers, scientists, and technicians, hoping that the resources they’ve entrusted are used wisely and in pursuit of worthy goals. If the press and various VIPs need to be just three or four miles from the launch, then the public needs to get just as close.

Sending humanity on voyages to other worlds is an undertaking that requires great trust and personal engagement. Yet space agencies seldom think of themselves as performers. As they pursue more ambitious goals, their responsibility to engage people on an intimate, instinctive level increases. Maybe opening launch will involve turning the runway of the Shuttle Landing Facility into an enormous tailgate party. Or maybe it’s bringing in thousands by rail to bleachers placed along the railroad track near the launch site. Or even ferrying people to floating barges. If America can put a person on the moon, surely America can manage the challenge of allowing them to watch the launch. NASA is statutorily charged with acting for the general welfare and benefit of the United States, its citizens and humanity as a whole. NASA must help everyone feel, first-hand, in their bones and ears and through their feet that what NASA is doing isn’t small, trivial, or unimportant.

NASA’s planned Artemis launch tempo will be very slow, especially compared to the Apollo program’s feverish pace. Every delay and every failure will necessarily cause long delays and could become the event leading to program cancellation. If Artemis is to really take off, NASA will have to continually build its social contract with the public, reaffirm the faith of its supporters, and lay claim to a slice of the American imagination. Make each of the sporadic Artemis launches a celebration and recommitment to the project at hand. This means treating each launch as a special opportunity to reconnect with the public and renew its contract with the public.